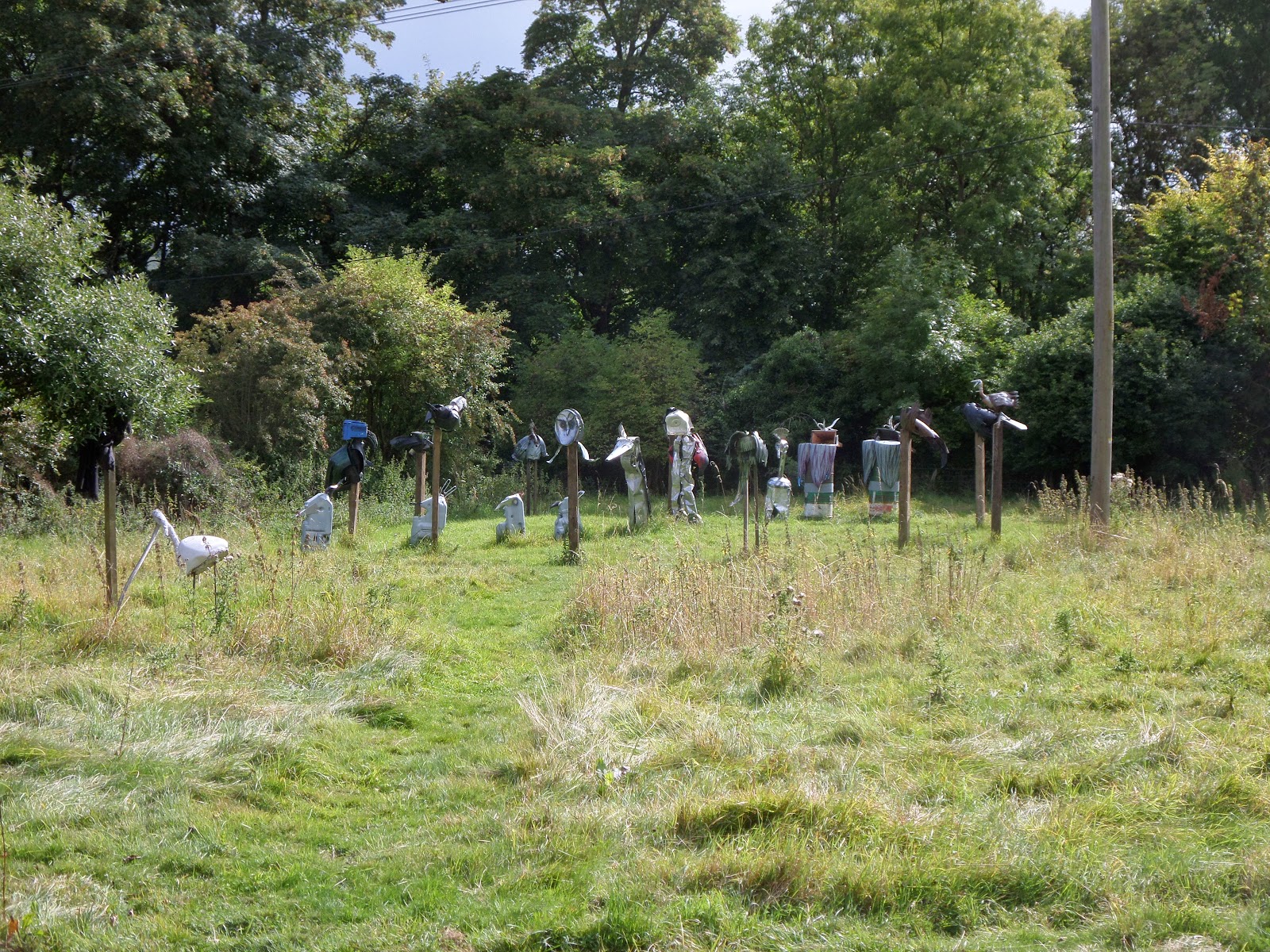 We launched  the online Bird Henge Ramblers' Trail with a free guided ramble on November 15th 2014  guided by Scraptor Anthony Wilson. The rain clouds rolled away to leave a dry but murky day for the 30 or so ramblers who gathered at the Prince Leopold Inn in Upton Lovell.

Fuller details of the trail are on the right. We welcome corrections and additional details. In particular we would like to know more about the annual deliberate flooding of the water meadows.When did it end? And there are photos here of  British and Australasian soldiers at Heytesbury Camp in World War 1.It would be great to know who they were and their  life stories. 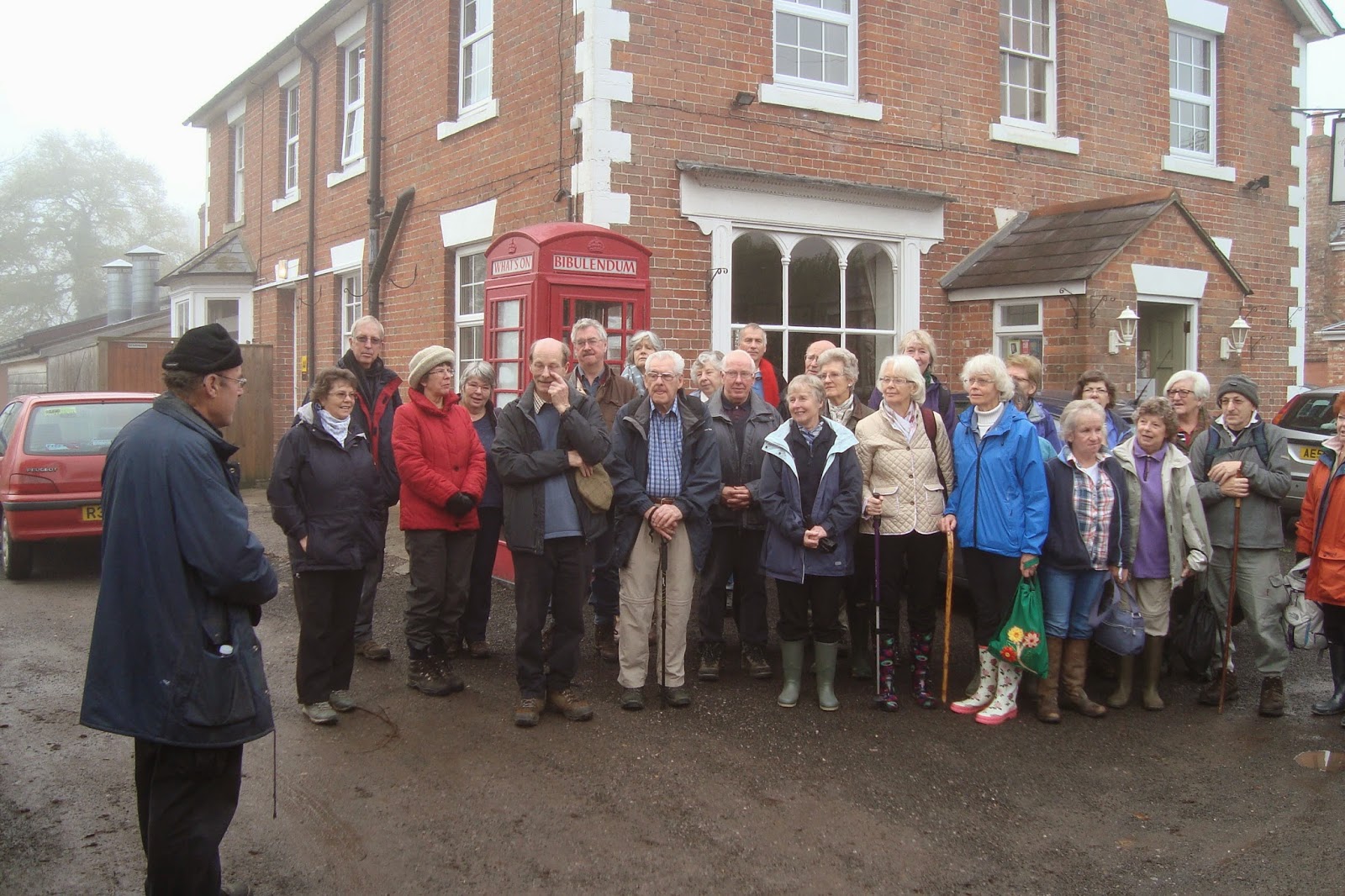 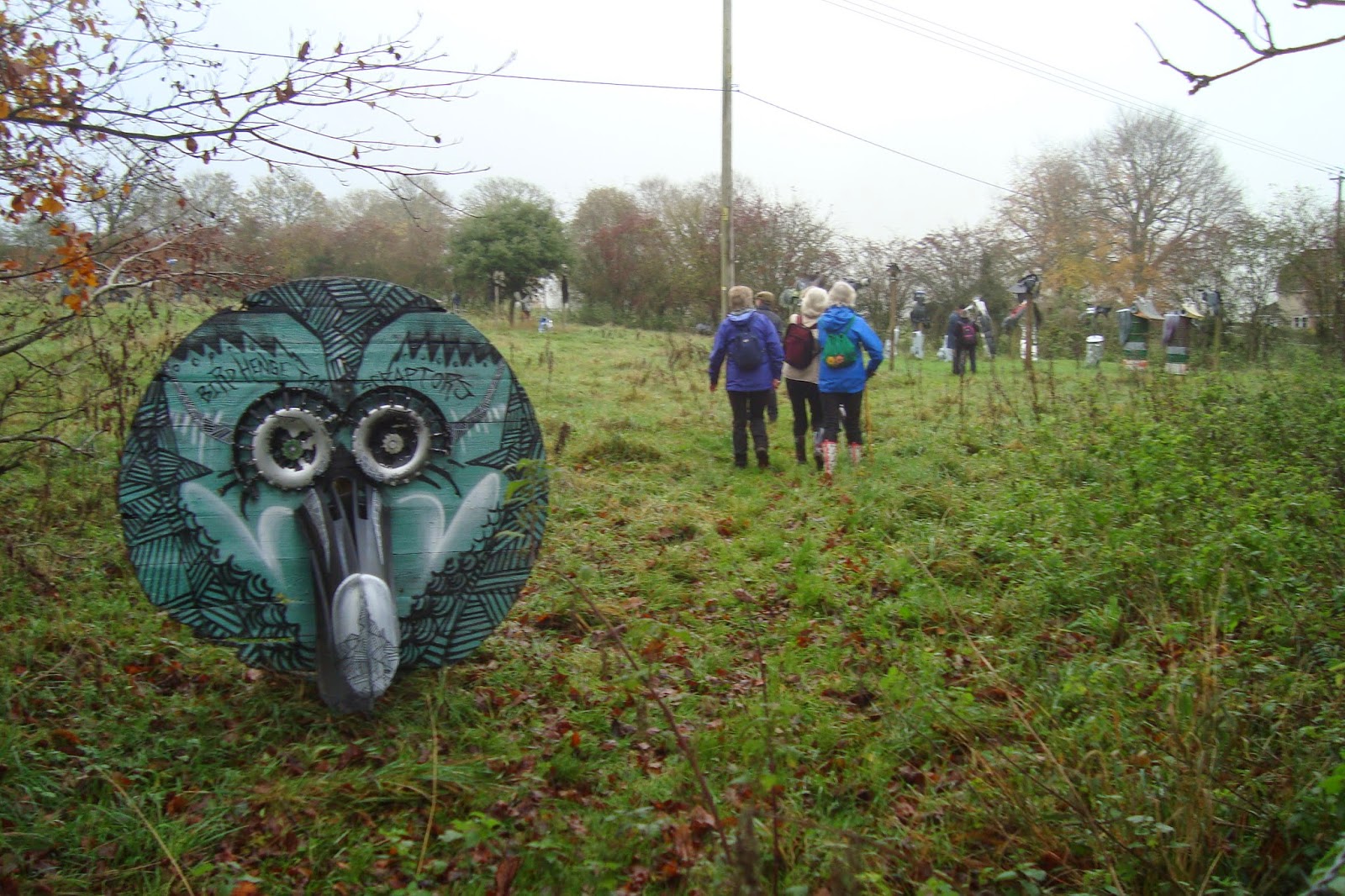 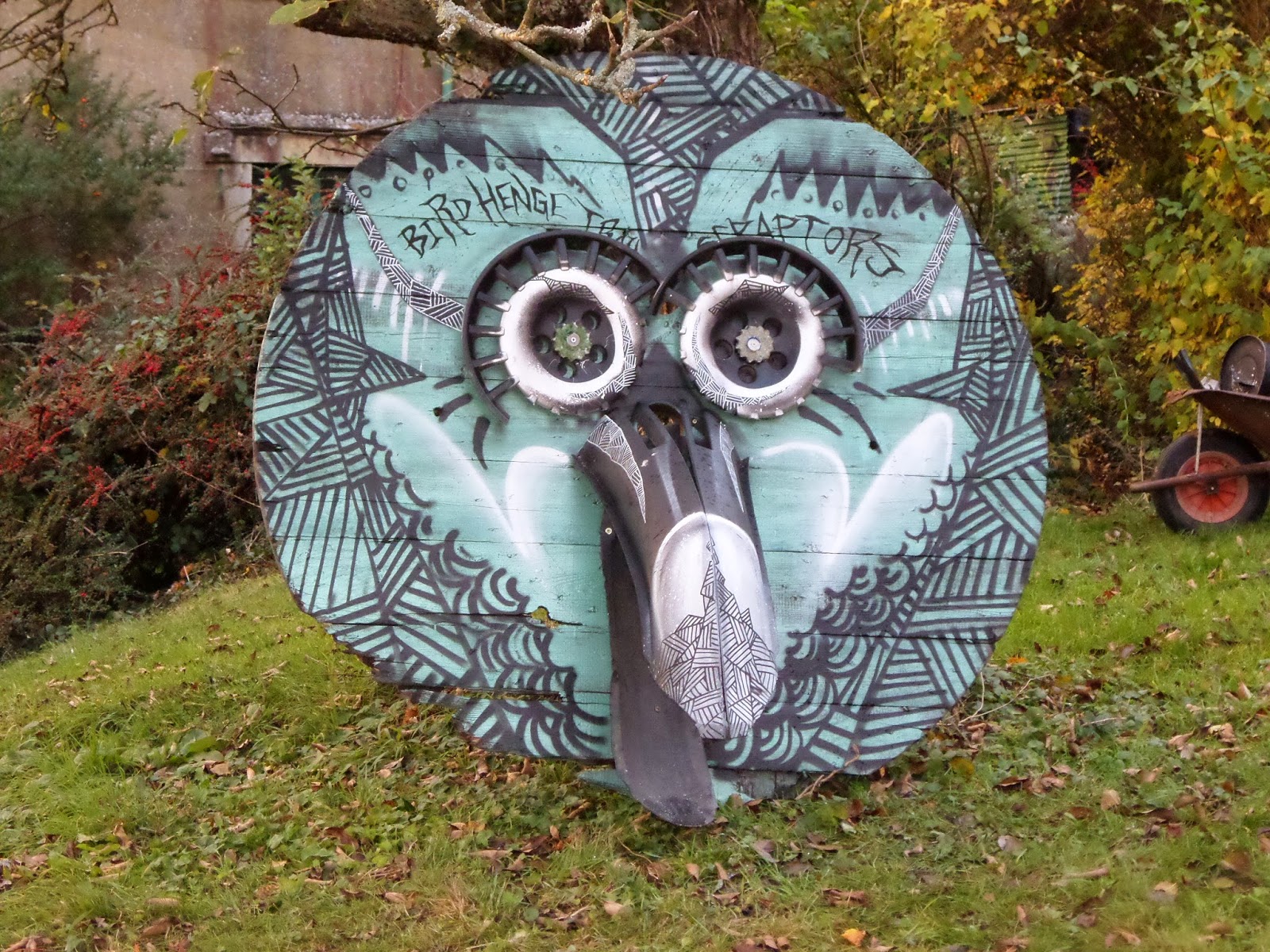 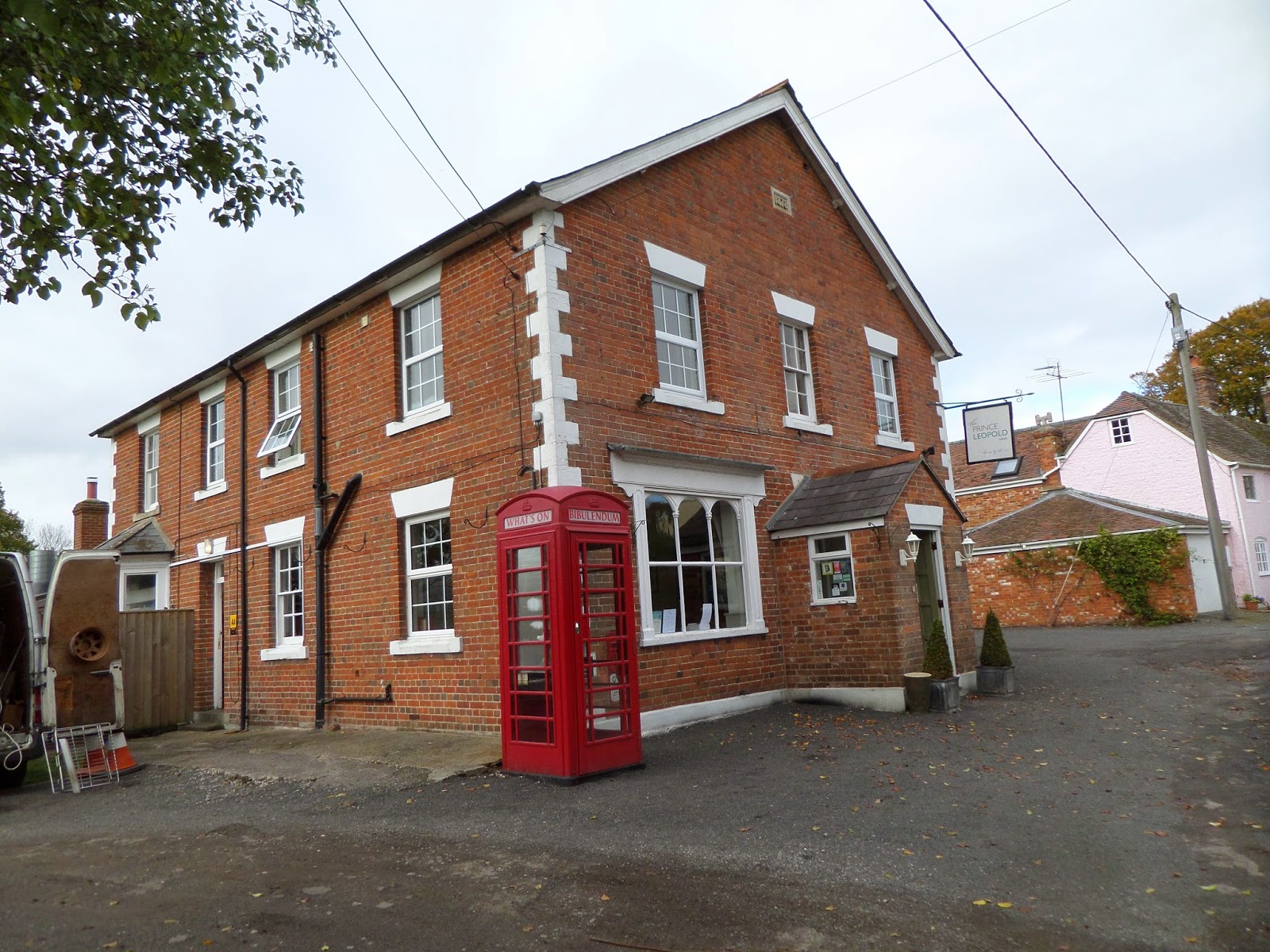 The Bird Henge Ramblers' Trail starts and finishes at the Prince Leopold Inn, Upton Lovell near Warminster in the Wylye Valley Wiltshire BA12 0JP. The Trail is approximately 3.33 miles 5.66 kilometers  long. It is in a figure of eight with Knook at the middle of the eight. The terrain is all flat. There are gates to open and shut but no stiles. There are mud and cow pats. Stage 12 can become very difficult in wet weather and it may be best from Heytesbury Mill to retrace your steps along the north side of the river back to Knook and thence to Upton Lovell

The Prince Leopold Inn above  is Victorian and named after the fourth and favourite son of the Queen, Prince Leopold, Duke of Albany. He died in 1853 aged 31 after a fall in Cannes.He had inherited haemophilia through his mother.His country retreat was nearby Boyton Manor,  hence the name of the pub. The further stages can be found by scrolling through the column  on the right. 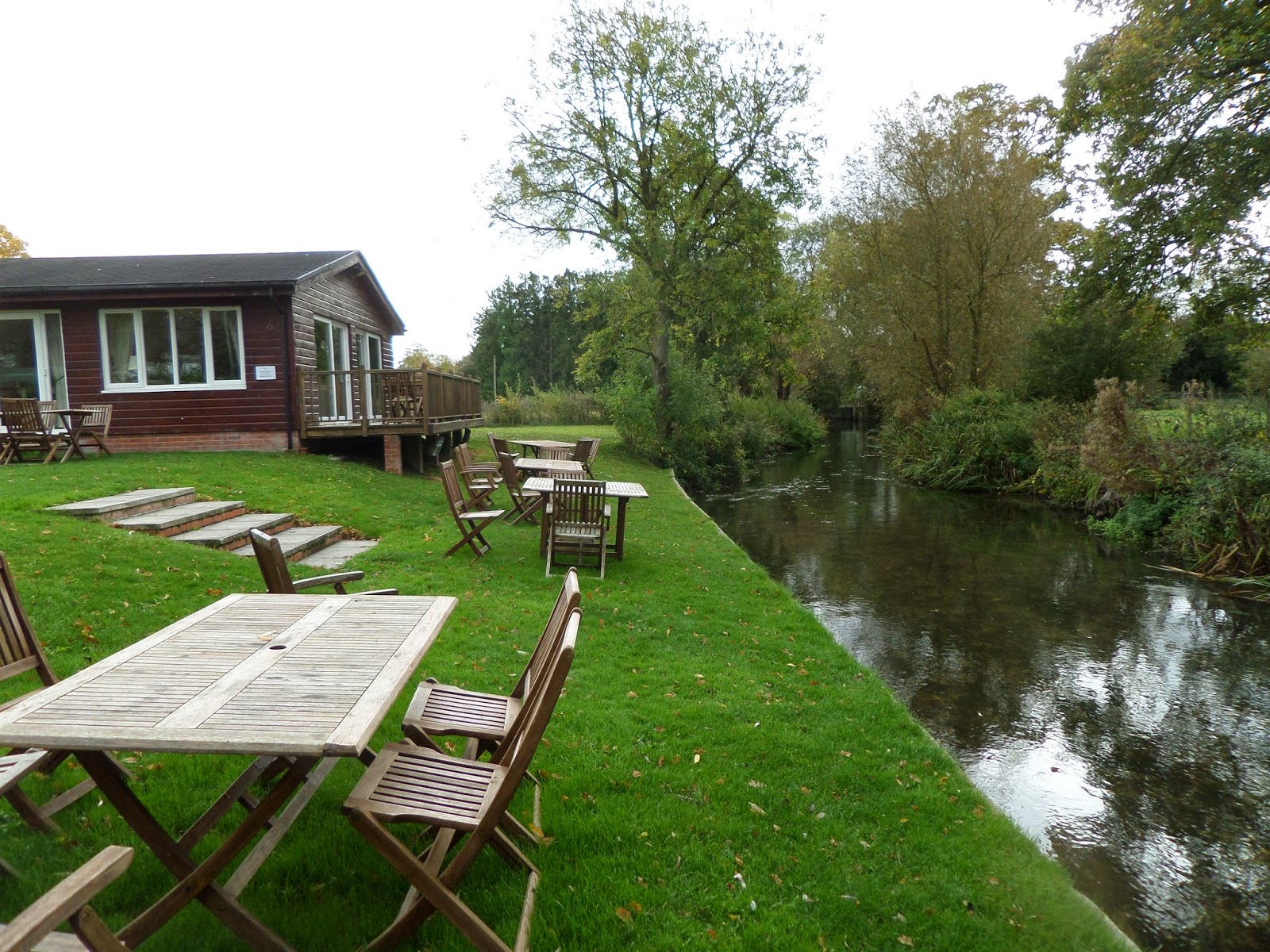 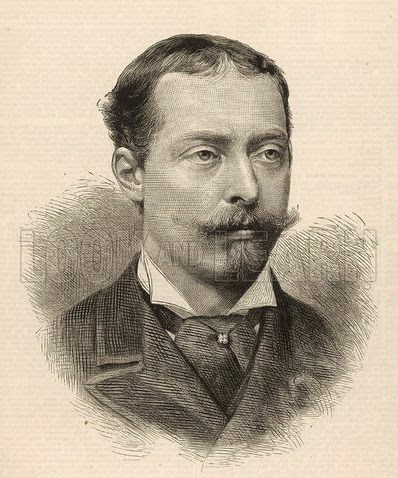 Posted by Scraptors at 00:28 No comments: 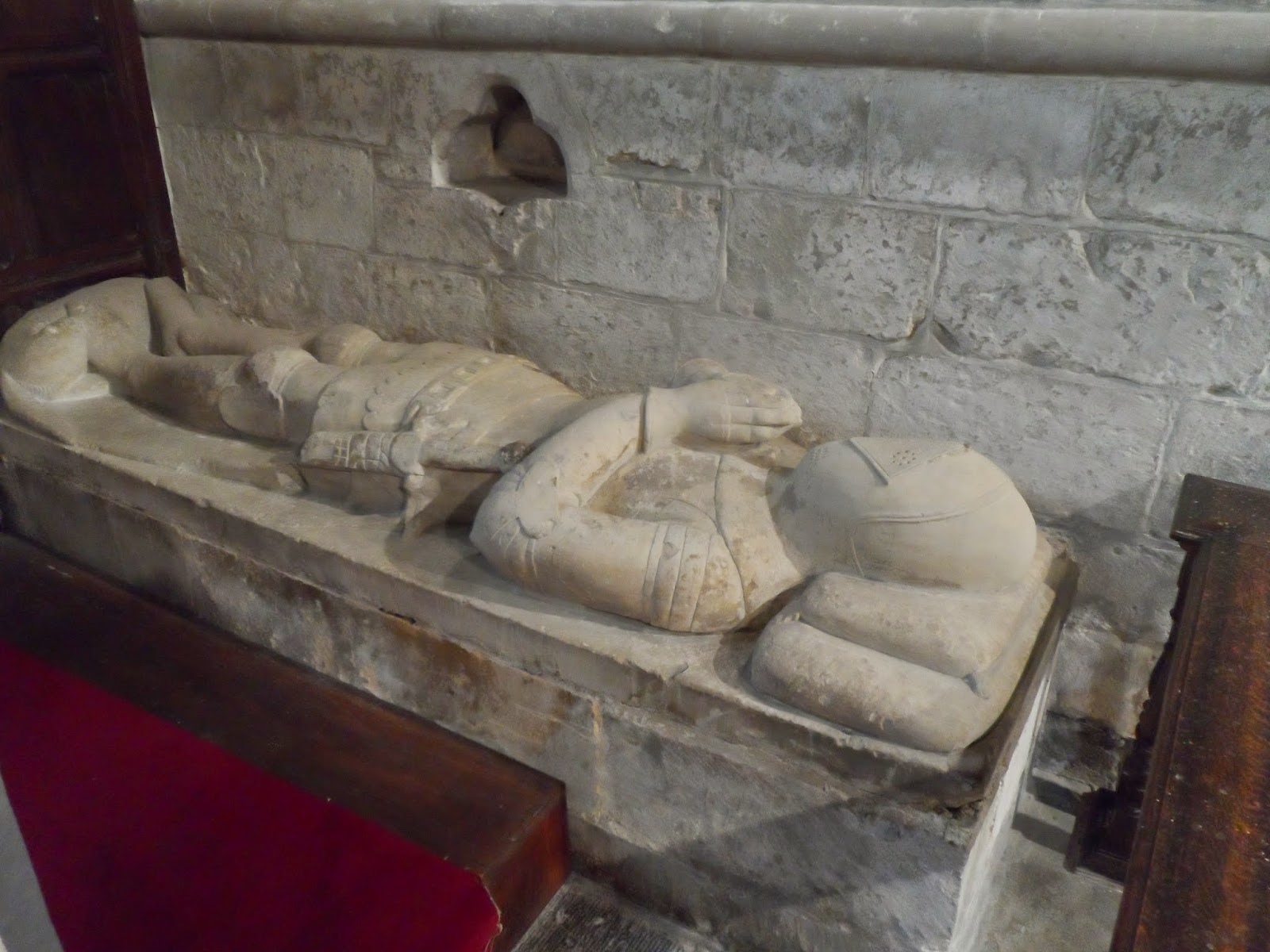 380 yards.Turn right out of pub and continue across crossroads to church. The tower is 17th century. There is a 14th century effigy of a knight. The royal coat of arms of the lion and the unicorn dates                 from 1717. Turn back to the village and turn right to the  bridge across the river. 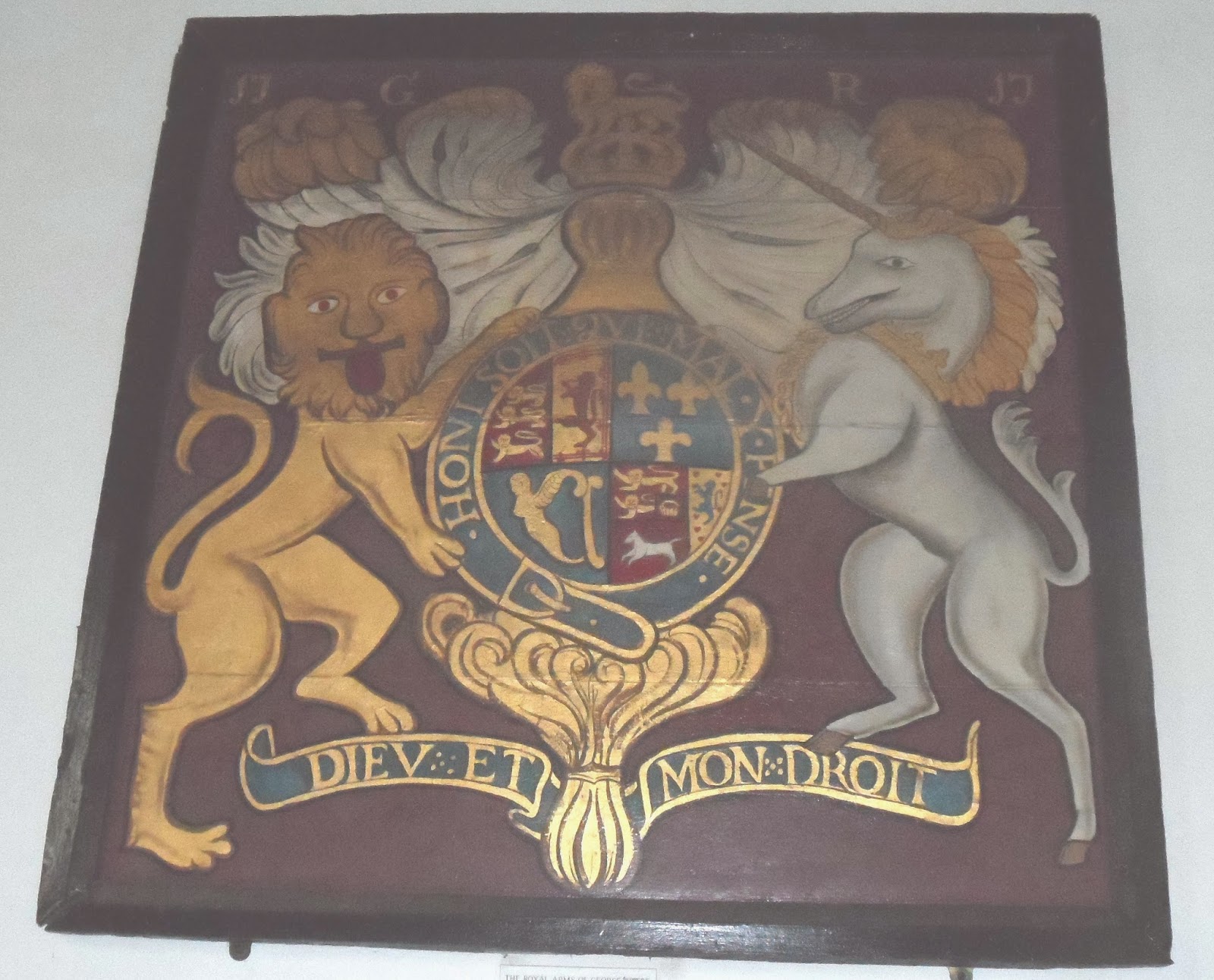 Posted by Scraptors at 23:54 No comments: 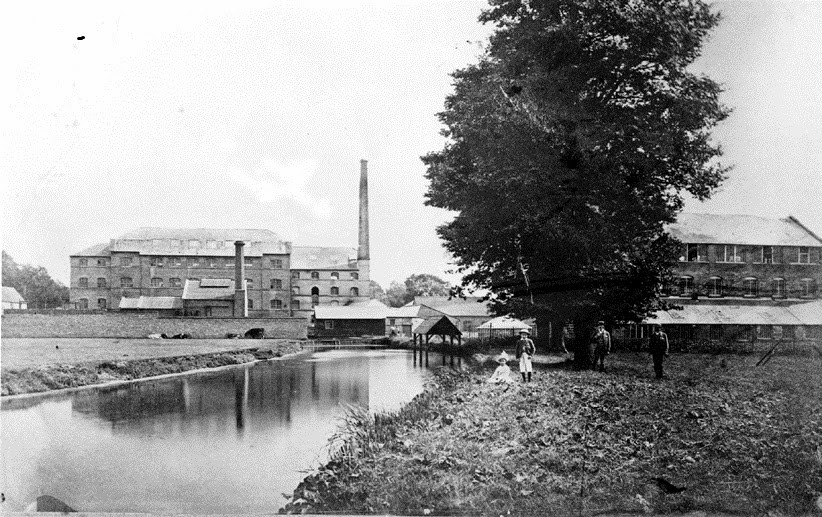 290 yards . Return towards village  and at crossroads turn left down lane towards the river.Approaching  the bridge  on the left in the vegetation is some discarded masonry. There is more masonry  below the bridge on the north bank and you will see that these bits fitted originally  into the base of  the bridge. The bridge is standing on remains of  Upon Lovell Mill. In the 19th century this  was an industrial village  In 1816 John Everett bought the mill and later demolished it and built a steam driven textile factory on the site In 1833 it employed an estimated 400 people in the area In 1846 Everett ceased trading and the factory was used for various purposes including beaver cloth for uniforms and leather cloth for cars  A fire gutted it in 1898 - see below. The table below shows the number of employees in 1861 and their ages from  nearby villages,.some very young.some very old. 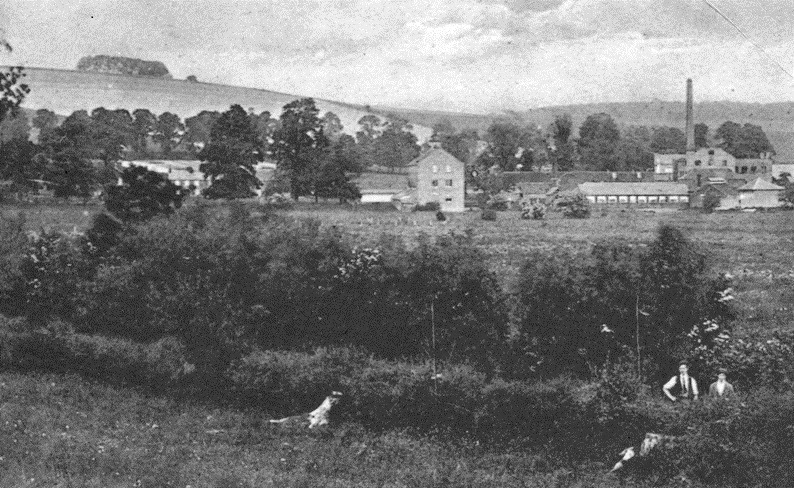 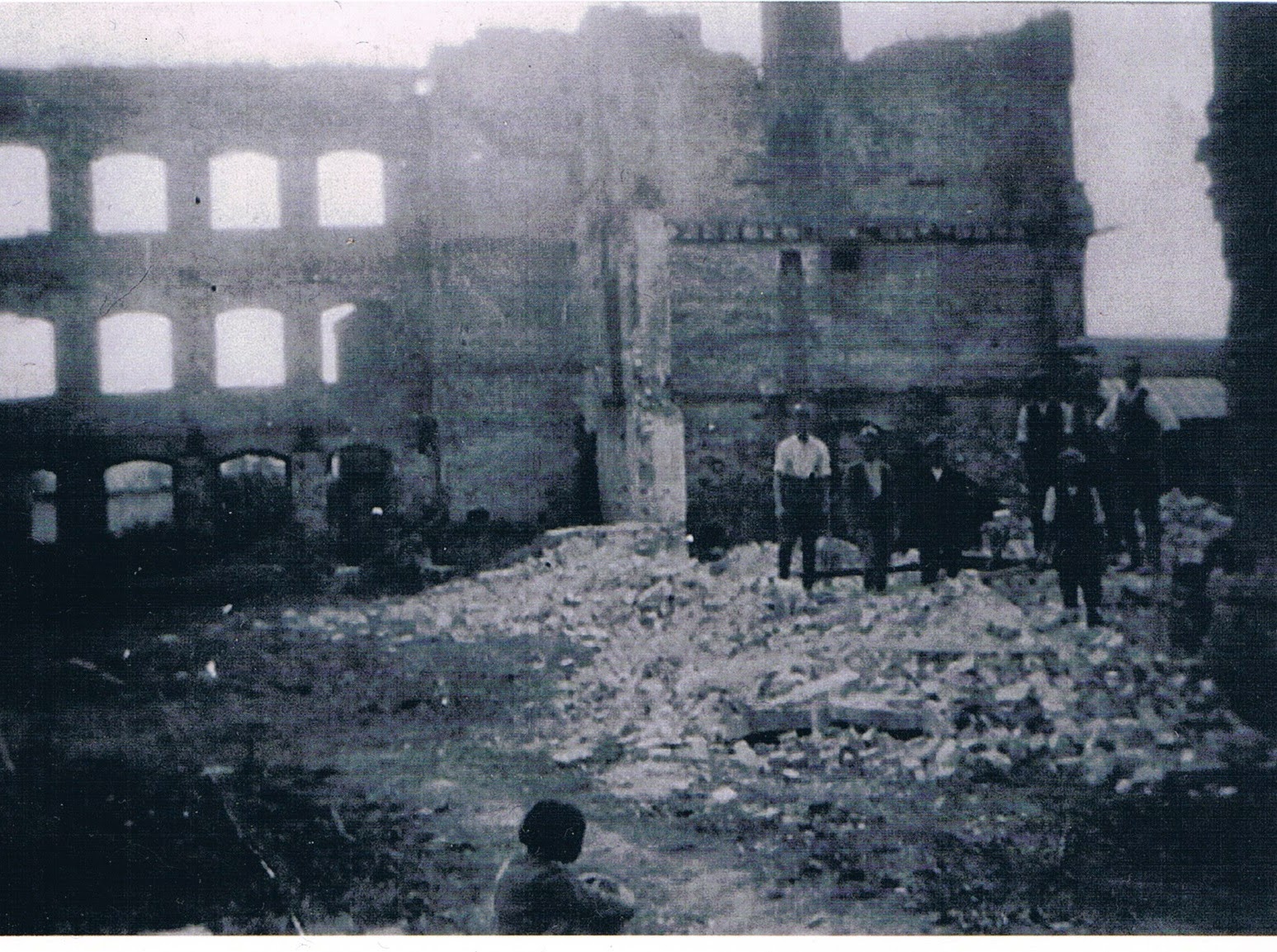 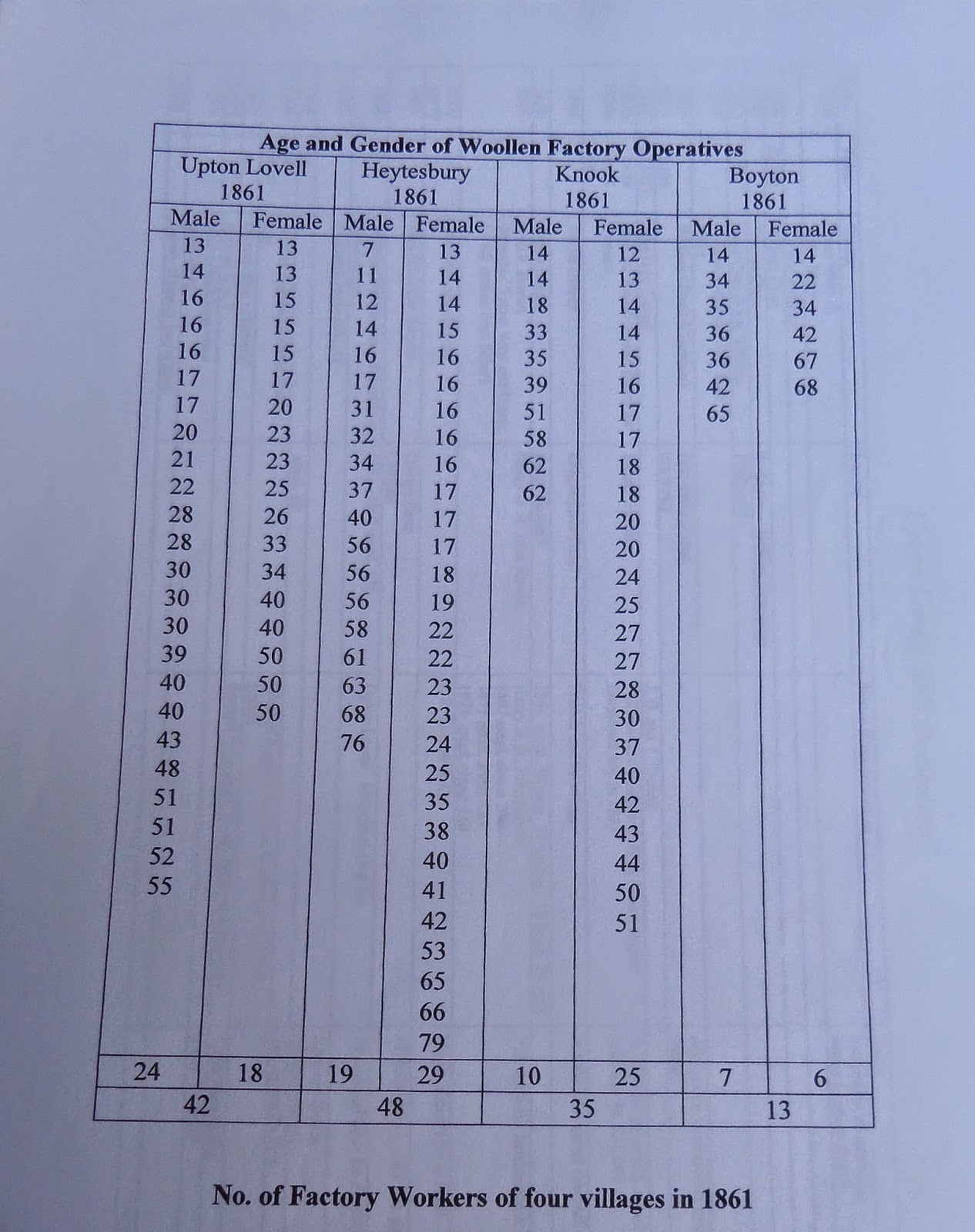 Posted by Scraptors at 23:29 No comments: 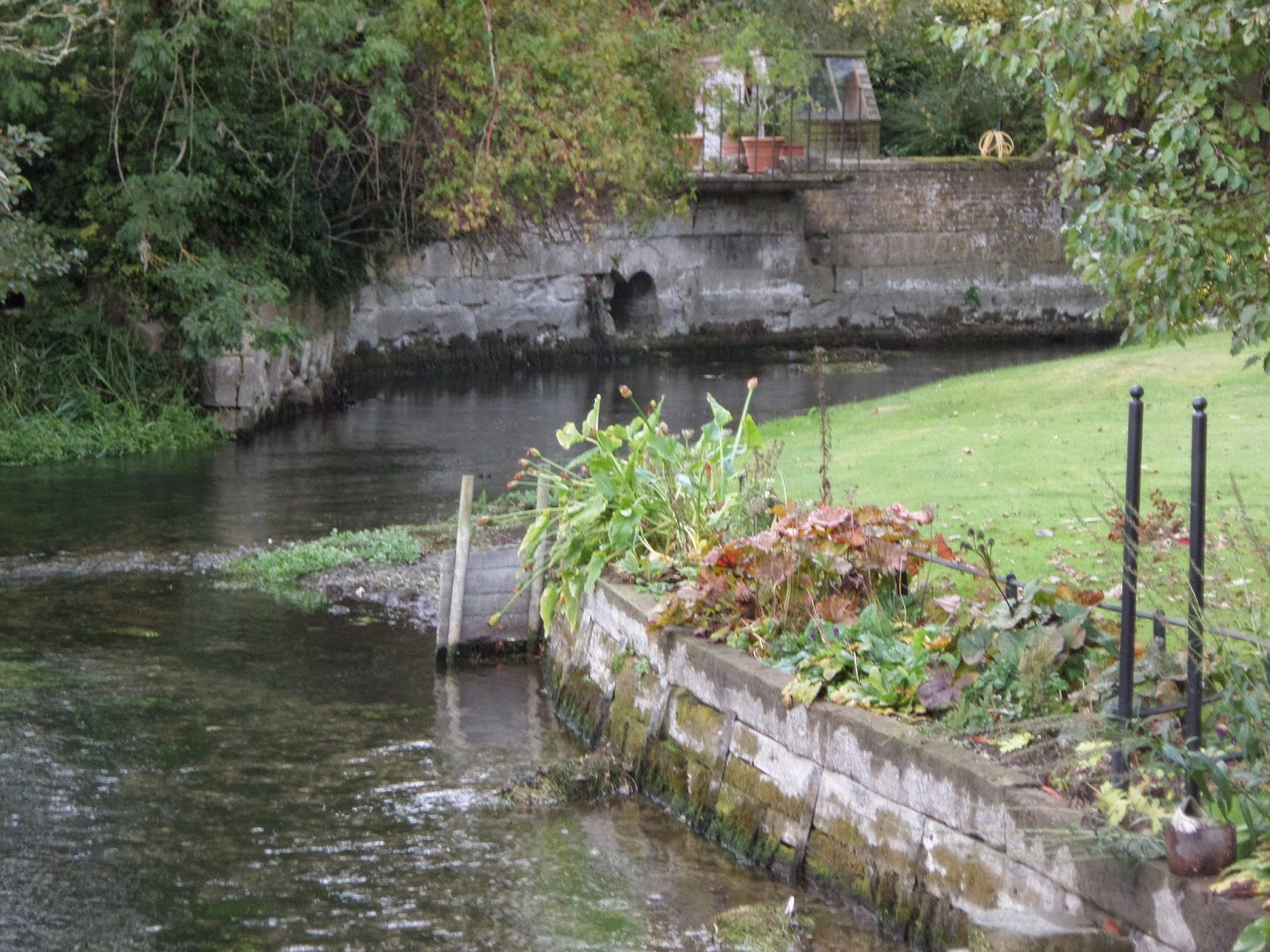 780 yards. The footbridge is known as Slaughter Bridge for unknown reasons. The pipe running parallel to it is the main water supply to Corton across the valley. From the bridge you can see one of the brick lined tunnels that once took water to flood the water meadows in the spring to encourage early growth of grass for sheep. Cross the bridge and continue  in a straight line through the field. At the first bushes 45 yards  on the left is this hole,not a rabbit hole but the remains of the elaborate water meadows system. Once through the large metal gate continue along the track between high hedges.You come to a T junction about 780 yards from bridge. The Trail continues to the right but you can deviate to the left for 150 yards under the railway bridge to see Ebenezer Chapel in Corton. The image below shows troops in World War 1 prior to a service. The chapel dates from 1828 when Nonconformity was strong in the valley.It has long since been converted into a private house and extended. The last two  images shows a trig point one of thousands set up for mapping purposes. Return under the railway bridge and continue straight across the T junction  towards Knook. 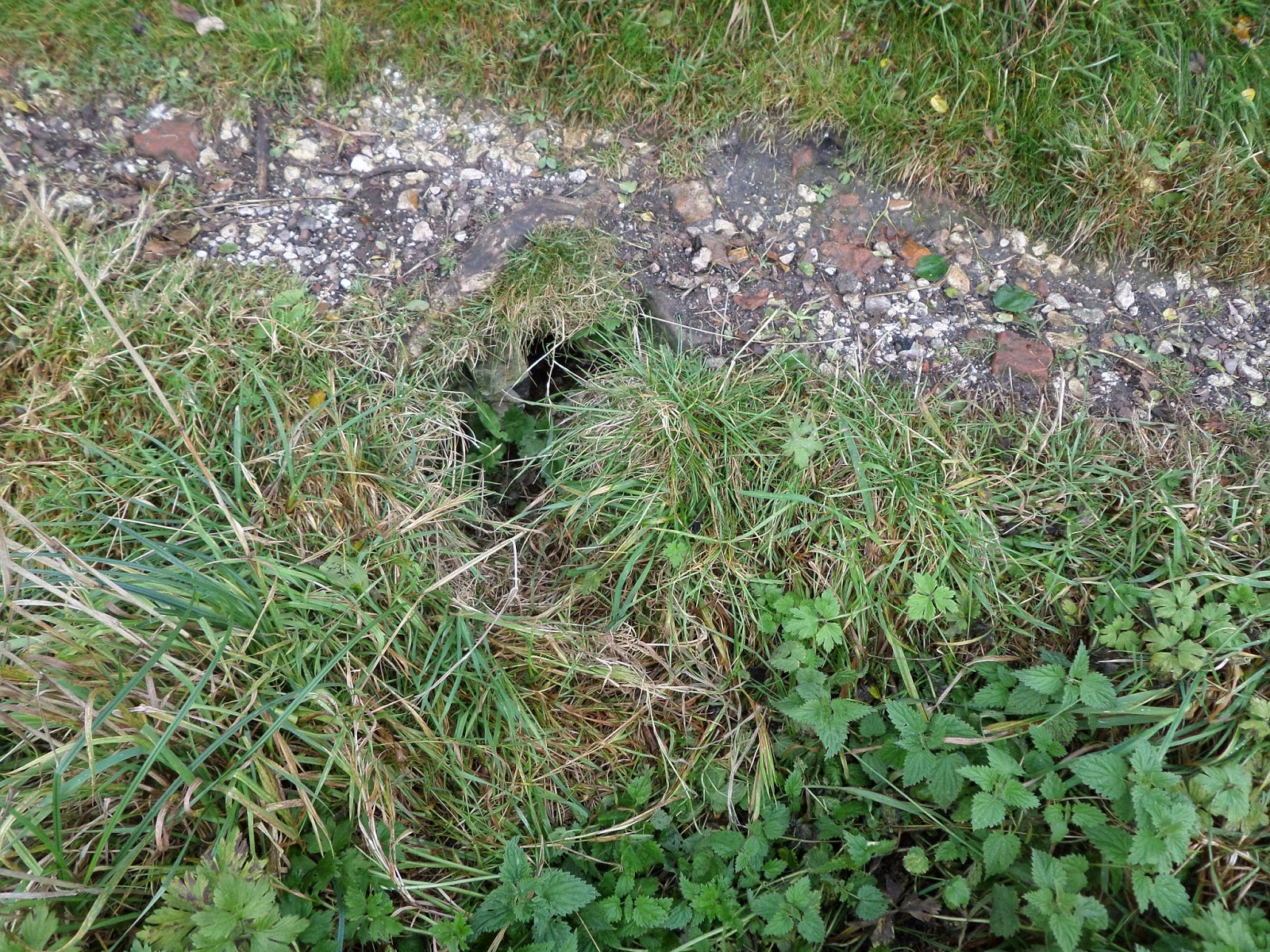 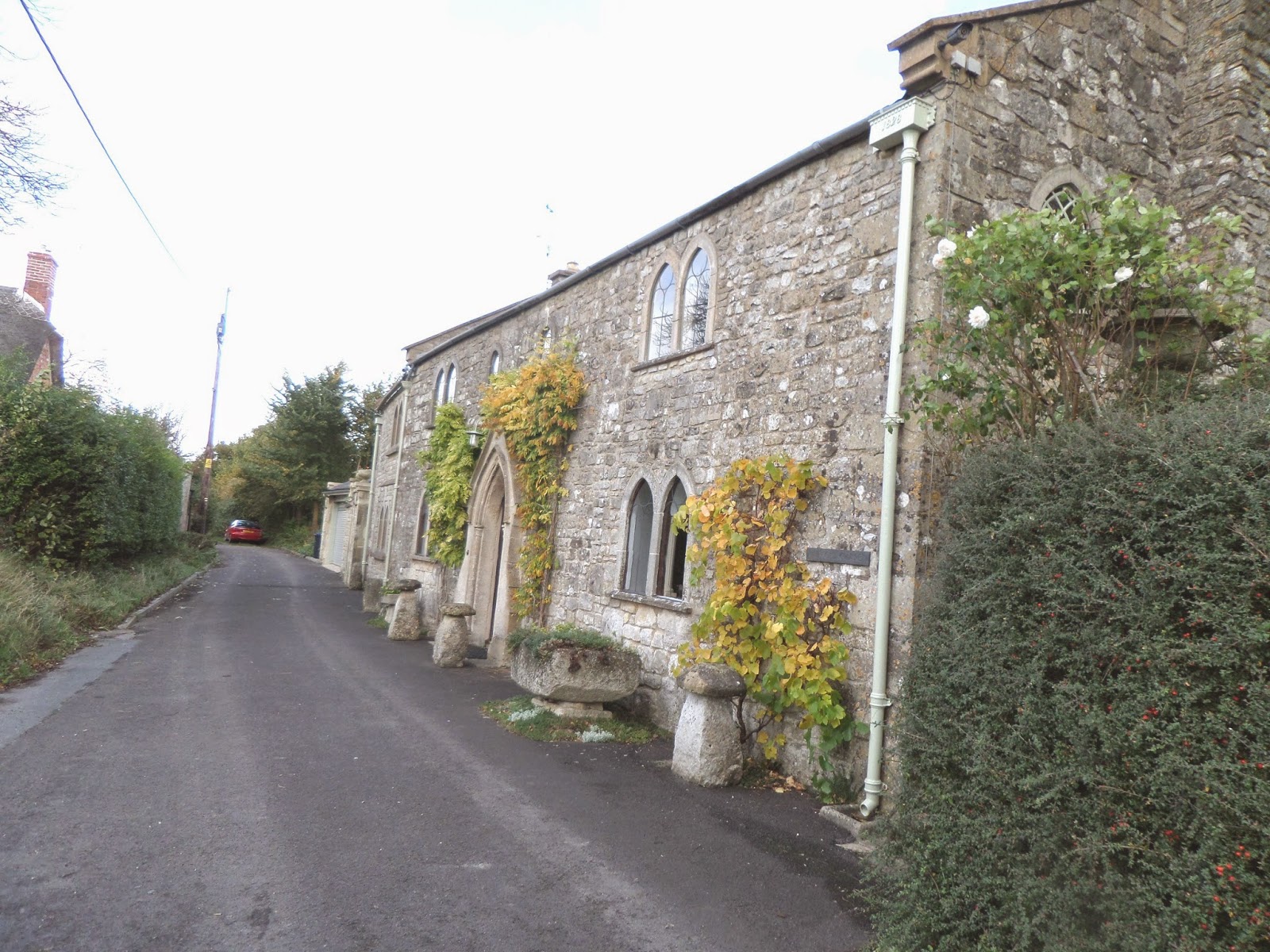 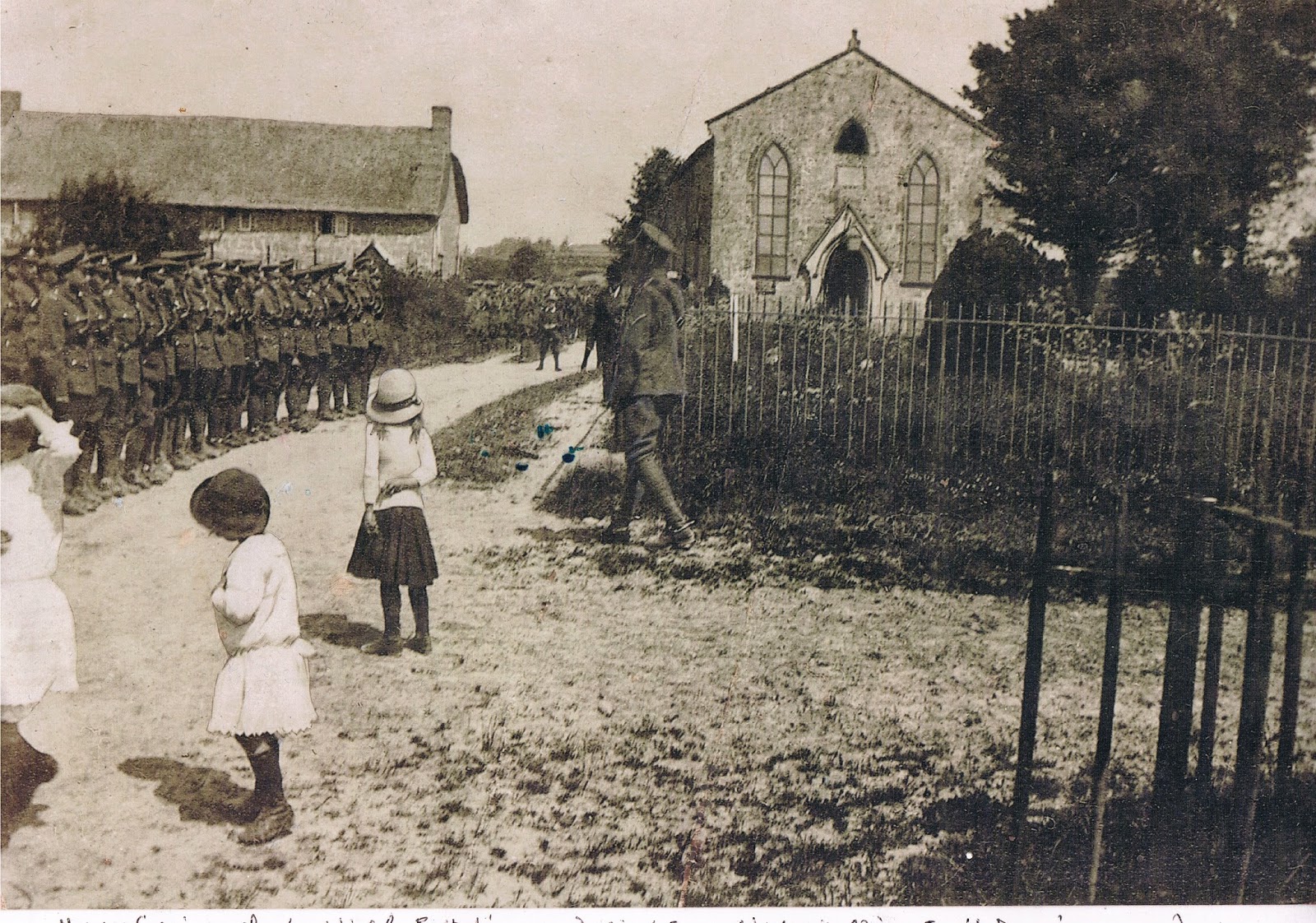 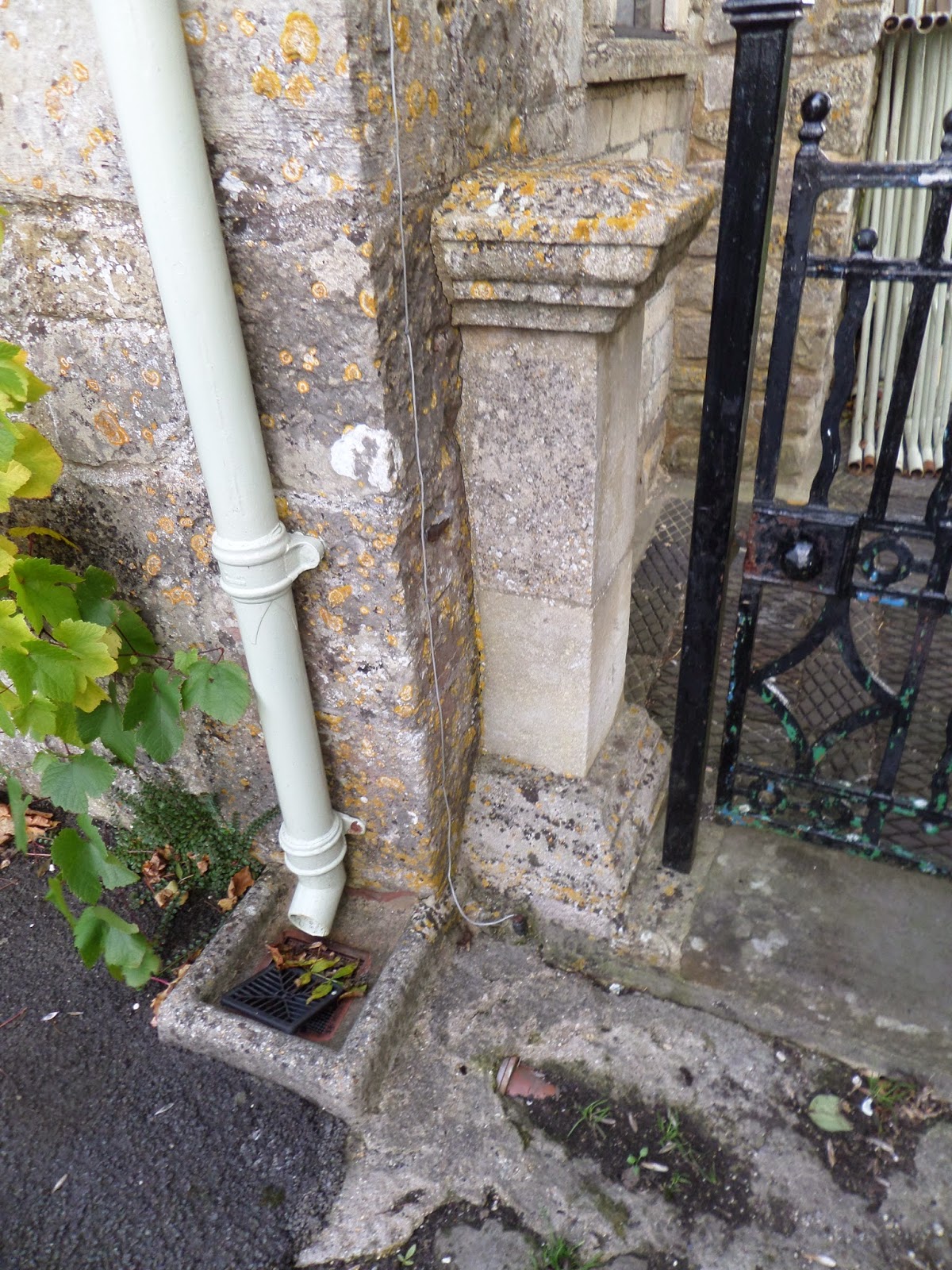 Posted by Scraptors at 23:26 No comments: 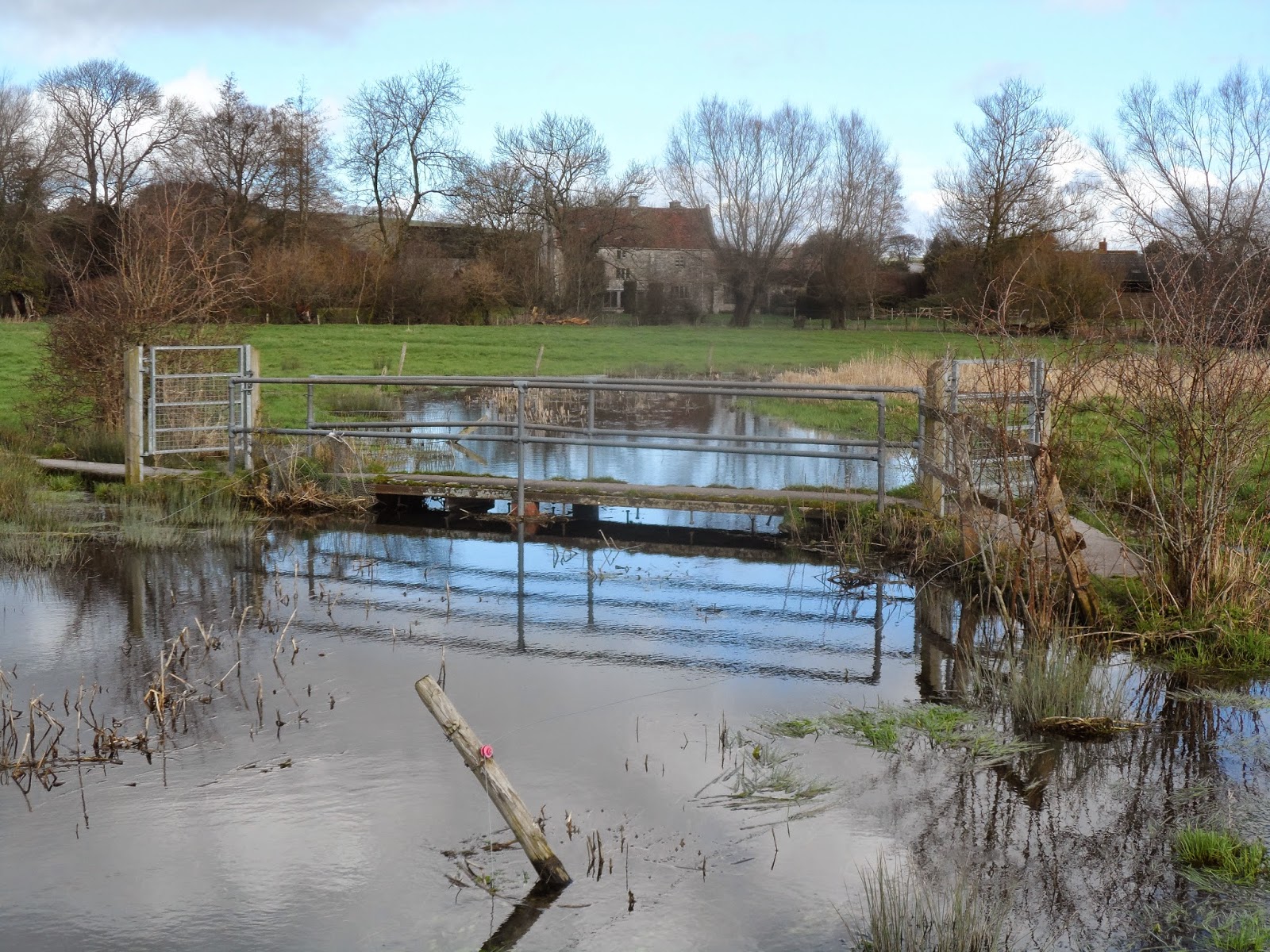 825 yards.Return the way you came from the old Chapel under the railway bridge.  and continue straight ahead rather than returning to Upton Lovell. You will come to  Alice Dredge's Bridge (above) where according to local folklore a serving maid of that name fell in and drowned many years ago. The amount of water shown here is exceptional. This photo was taken in January 2013 after months of incessant rain in the wettest winter for decades. The bridge is, of course,much more recent. You will notice that the path here is slightly raised. Before decades of erosion it would have been even higher, raised as a causeway to take pedestrians above the water meadows which were deliberately flooded in the early spring to encourage the early growth of the grass for the sheep.You can see surviving drainage pipes and dips where the old water channels were.  Cross the river to Stage 6. You will hear and maybe see a train or two along the line on your left. This opened in 1856. Heytesbury station was closed in 1955 - Beeching was not responsible. It was possible until then to                                         send live chicks by train - see last image. 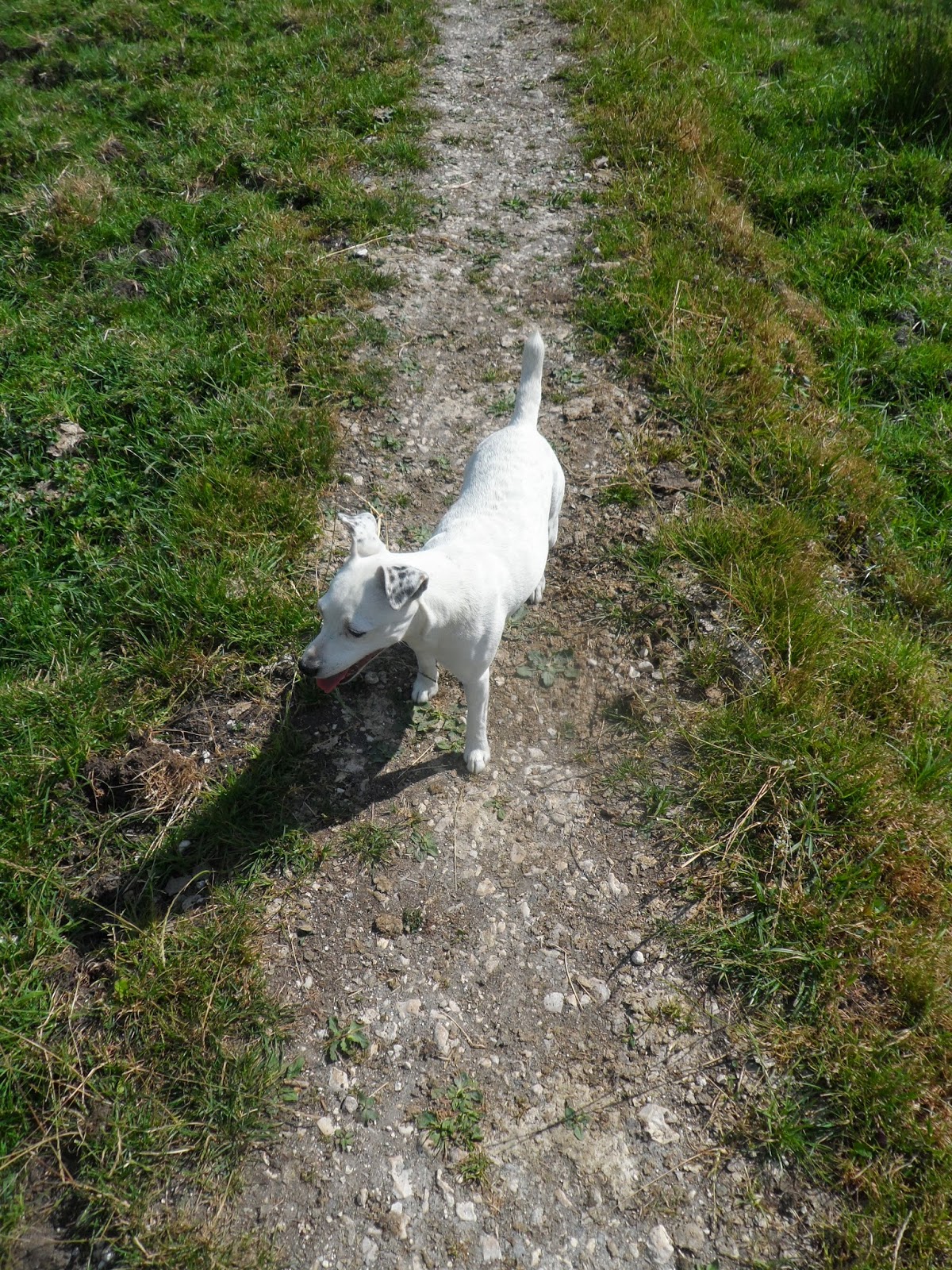 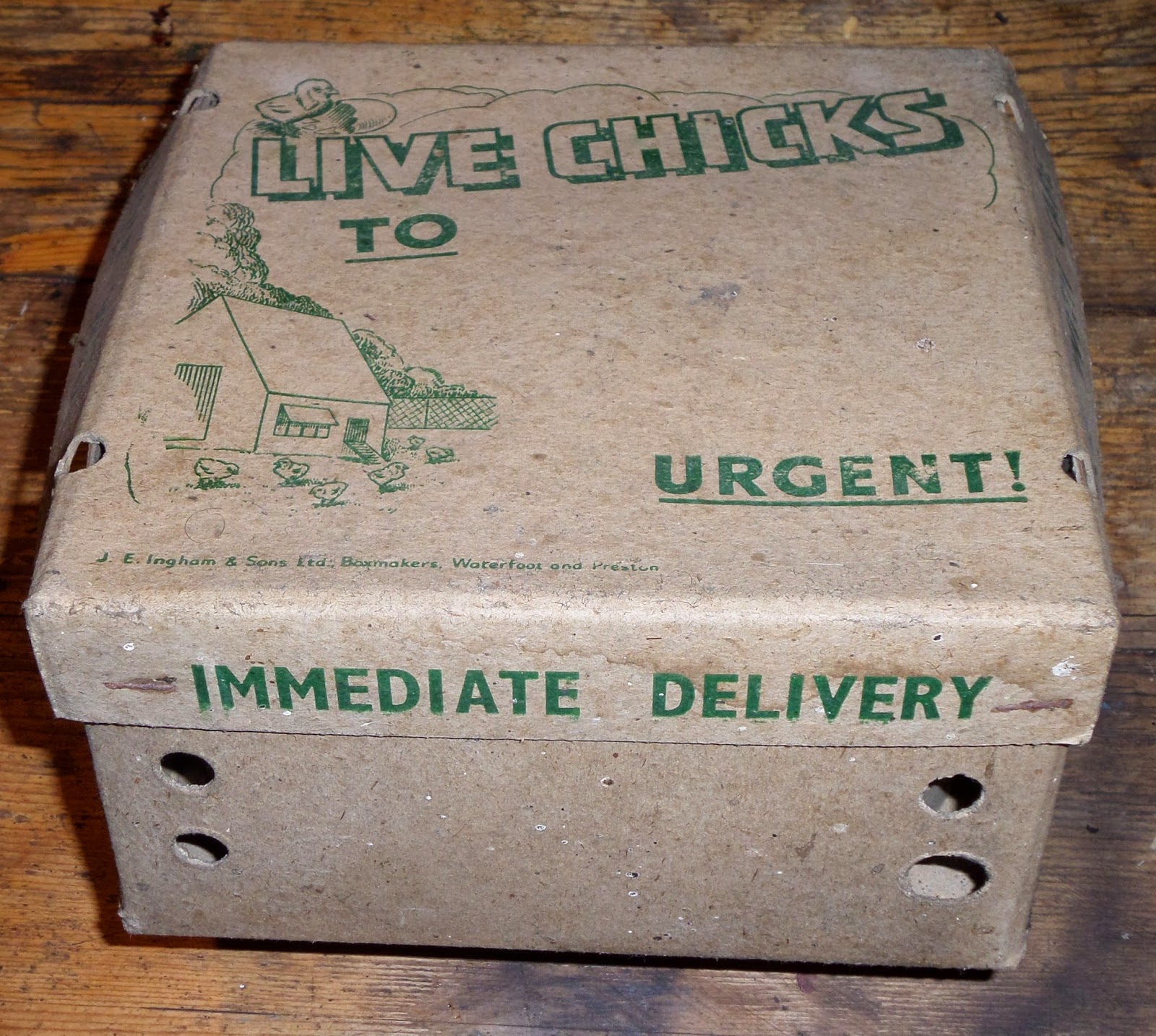 Posted by Scraptors at 23:24 No comments: 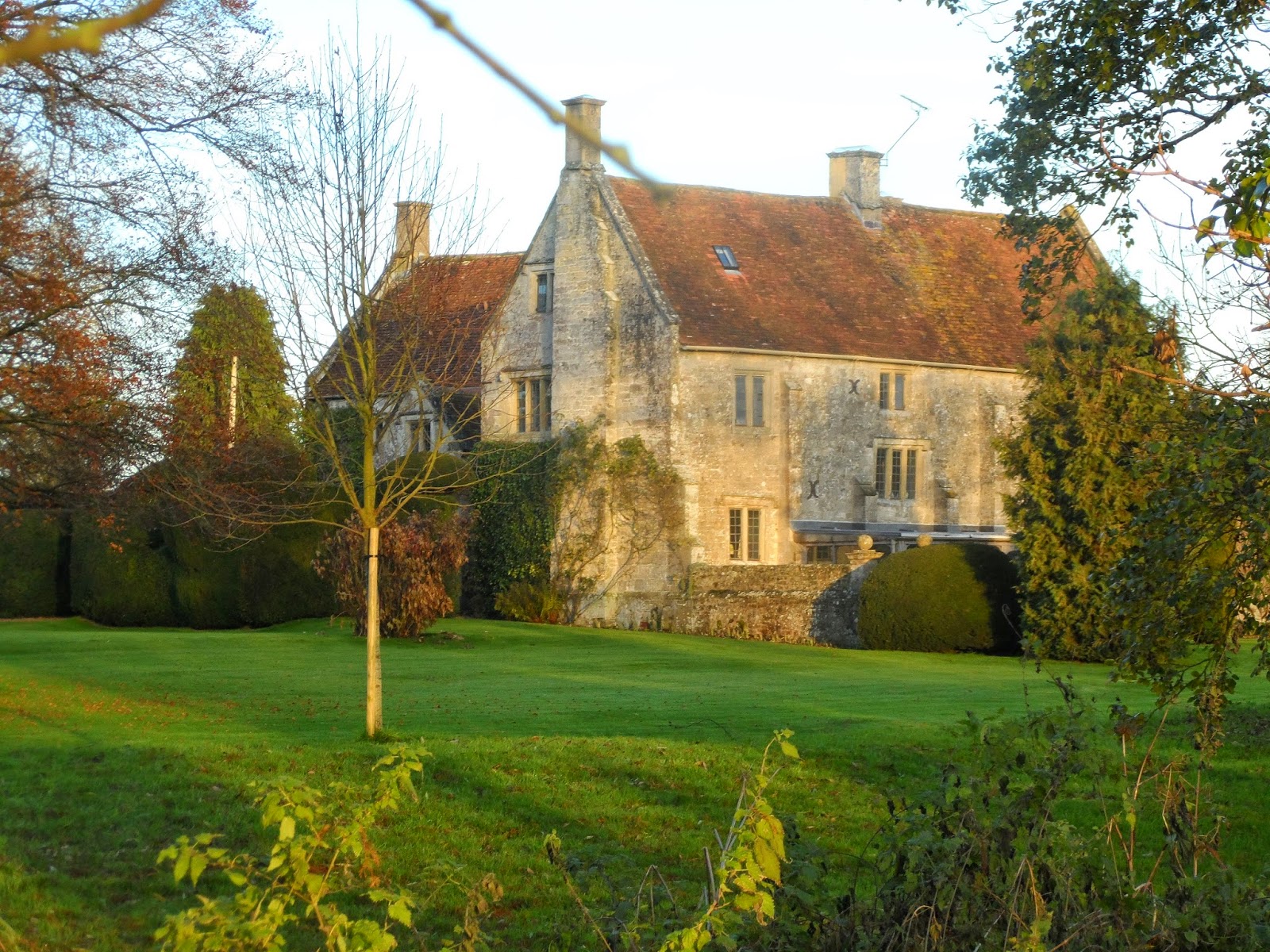 200 yards. From the bridge you will see Knook Manor dating from the 16th century. The image below shows the manor in 1774. The manor estate was bought by Lord Heytesbury in 1828 from the Duke of Somerset.   A century the house was in ruins and the estate was largely broken up in a series of sales. The next image shows it in 1926.It was bought and restored by two sisters Esther and Marjorie MacGill Crichton Maitland to whom there is a memorial in the church next door. 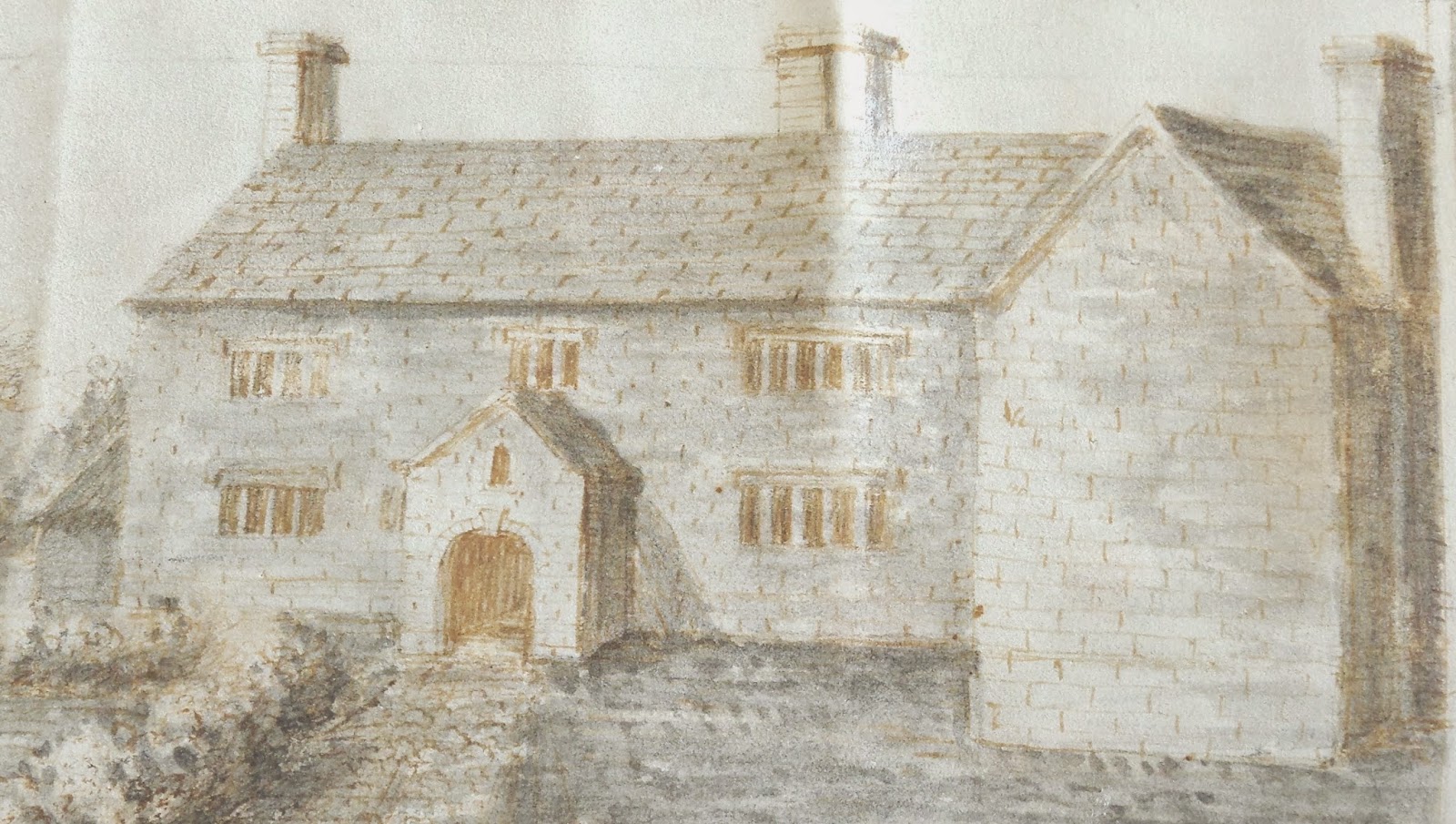 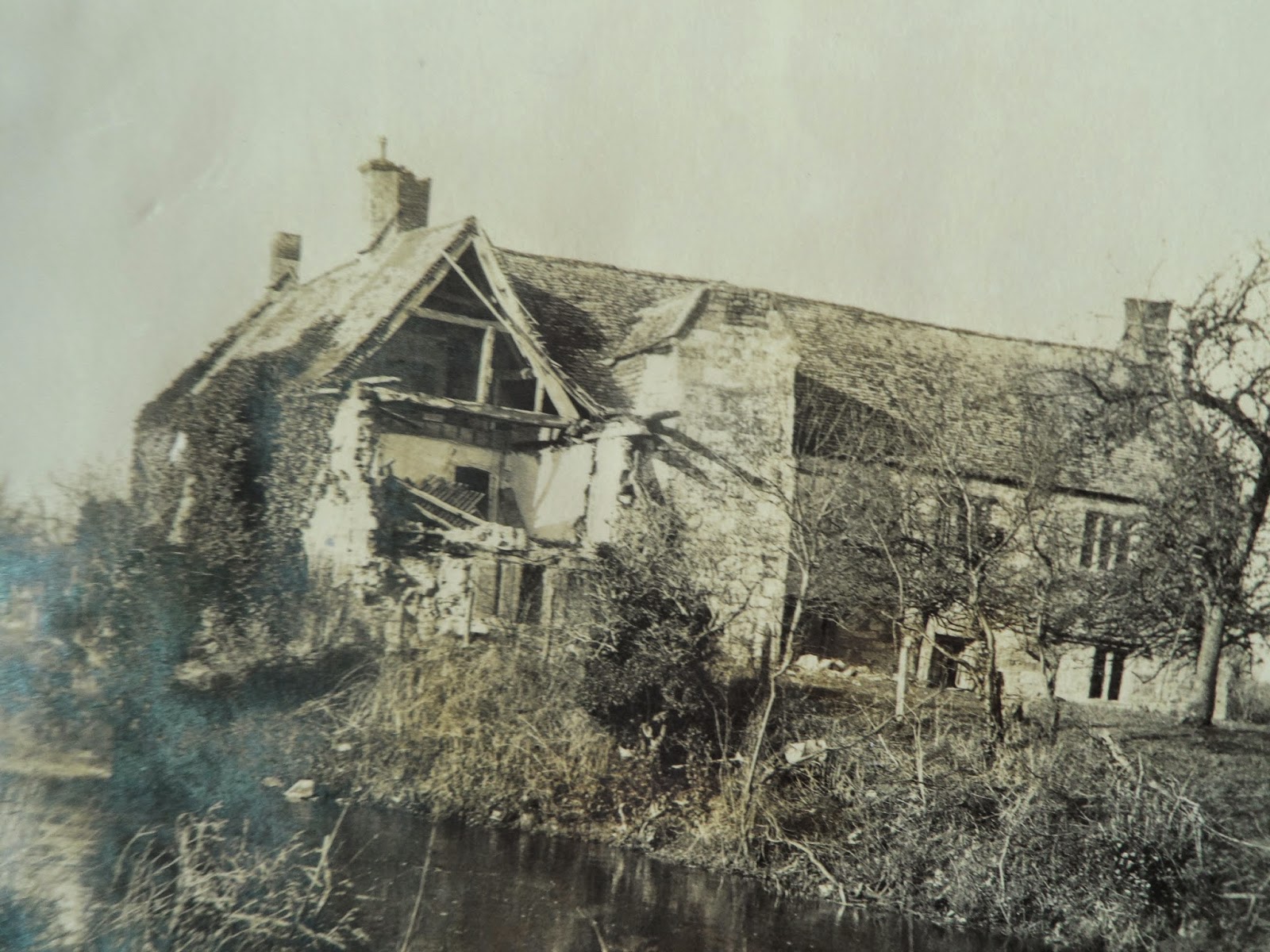 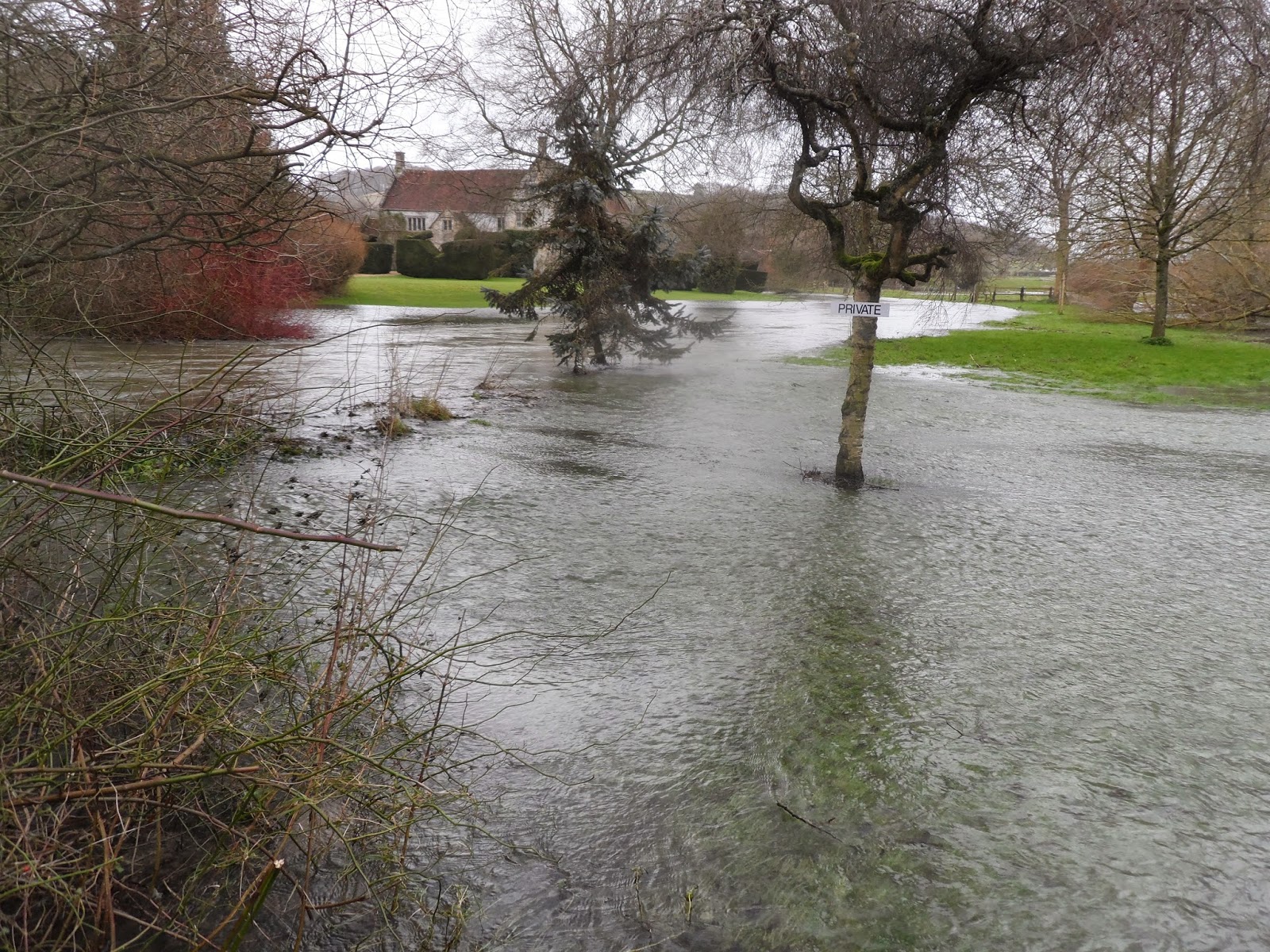 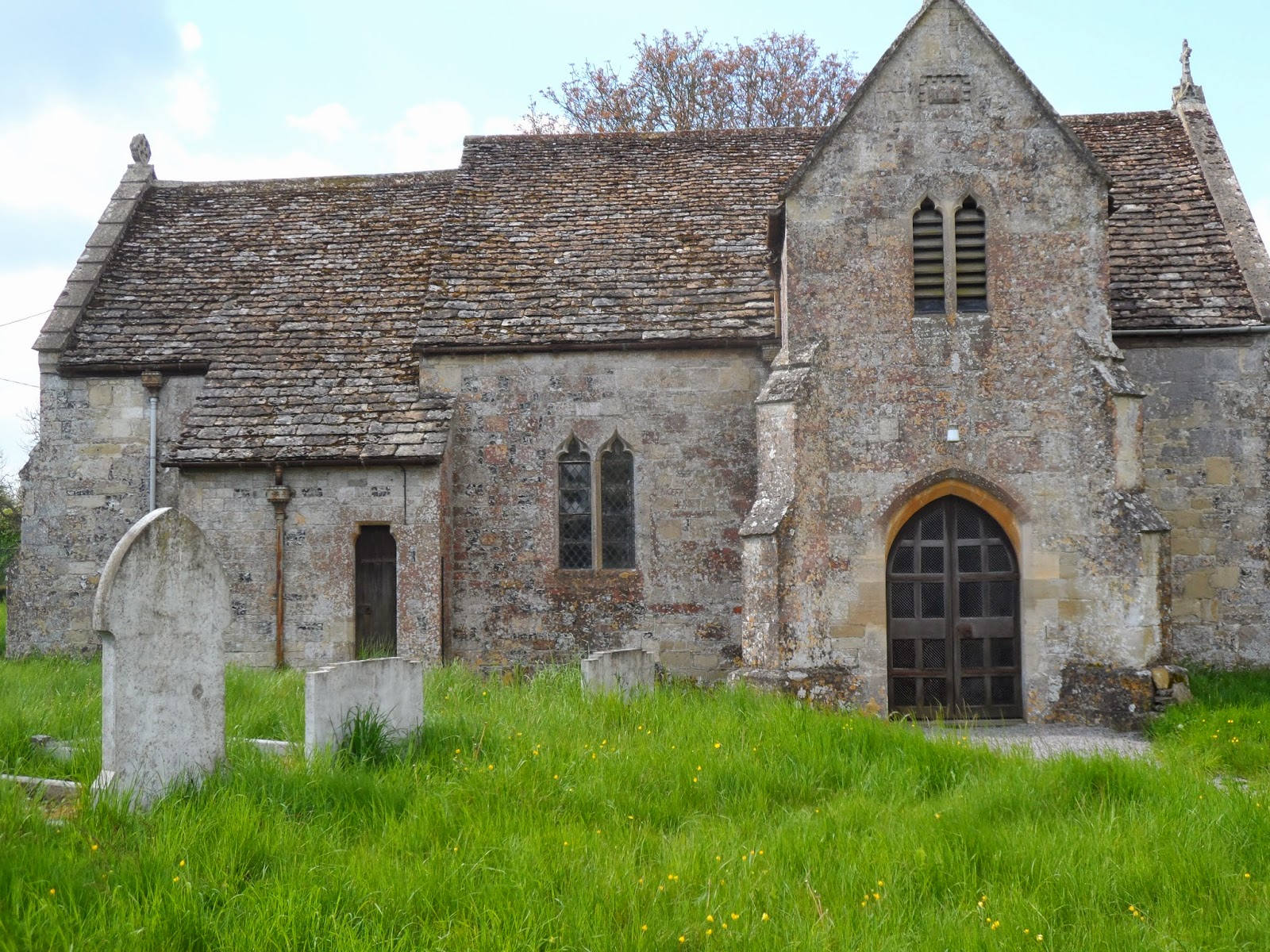 At the crossroads just beyond the church turn left and you will come to a foot bridge across the River Wylye
Posted by Scraptors at 23:22 No comments:

The Stages of the Bird Henge Tail